Trendies: Why they are bad ideas.


In this post I’m going to discuss how some of the more popular tattoos are bad ideas and why. Things like overall design, placement, and aging are all factors why these tattoos aren’t good ideas, but in the end if that’s what the client wants, we will do our best not only to make the client happy while trying to make a good tattoo.

Trend:
The first and probably the most important thing to consider about a lot of these tattoos is trendiness. What is a trend?

trend  [trend]
noun
1. the general course or prevailing tendency; drift: trends in the teaching of foreign languages; the trend of events.
2. style or vogue: the new trend in women's apparel.
3. the general direction followed by a road, river, coastline, or the like.

The problem with a lot of tattoo artists is that they like to try to create something original; something that sets themselves and their clients apart from everyone else. As artists the tattooers work tirelessly not only on a style of their own, but on techniques to do the best tattoos possible, so when people request something that’s been done millions of times it becomes a little heartbreaking for the artist. We of course want tattoos to be trendy, and popular, just not specific ones we get stuck doing time, and time, and time again.


Feathers with birds silhouettes:
This tattoo came out in 2012, and has haunted tattooers worldwide ever since. There’s lots of jokes pertaining to each trendy tattoo that comes about. The sad part of this one is it documents a specific year. It’s not like pointy tribal tattoos that plagued the 90’s, the feather with birds exploding out of it says, “I got tattooed in 2012/2013 and I couldn’t think of anything for myself, and I thought this was cute.” Despite our efforts as tattooers to try to explain to you that tattoos like these will not age well and most likely be regretted and covered up, the clients stick to their guns and exclaim their individualism by looking exactly like everyone else. Speaking of aging lets discuss this tattoo. The idea behind the tattoo is that it’s a dark black feather, with dark black bird shadows flying out of it. This is basically the tribal of the 2010’s. As this tattoo ages it will sooner or later just become a black oval with black dots next to it, and it’s super rare that anyone that decides on this tattoo will step up to the option of doing a fun feather with some cool birds around it. Taking an $80 tattoo making it a 300+ tattoo, even the higher priced, more artistic idea is one that not only will the client love for a lifetime, but the artist will love it and can use it further his career as an artist. We don’t take pictures of these black blobs for a reason. We do them, we get paid, and we forget them. That’s what this tattoo is; trendy, popular, and easily forgettable. And yes, your dandelion/bird thing is exactly the same.


Infinity symbols with words:
Again, here is another tattoo that has infected our lives through the world of Pinterest. The infinity symbol represents forever, and people like to slip words like love, faith, family, and many others to express their feeling that these things are forever. To be completely blunt, none of these things are forever. We all die in the end so it’s little weak in the bottom, but nonetheless, this tattoo is another one of those tattoos we talk about how it’s trendy, and people just what a cheap way to say to themselves that they are committed to some of these ideals. My feeling towards these tattoos is getting a tattoo in the first place is saying that you will feel this forever, it’s a tattoo, it’s like, permanent and stuff. So, why not infest more cash, more heart, and let the artist have their way with your idea and come up with something super rad that really screams, “FAMILY FOREVER!!!”, rather than, “I had sixty bucks and wanted to tell everyone that my family is forever in the cheapest, most permanent way I could think of.”

Lettering:
There is so much to say about lettering tattoos and how they are bad ideas. The best person to talk about this is on the Seppuku Tattoo blog. If you want enlightened and want to know why your lettering tattoo is a horrible idea, I couldn’t say it better than Seppuku’s blog. Please read it HERE:

I basically say these things, “You’re not a book, and no one wants to read you.” I will do the tattoo is the best of my ability but again, I will forget your tattoo the second you walk out the door. I also say, “An image is worth a thousand words, a word is worth one. Why not get an image to really represent what it your feeling is.” When I wasn’t a tattooer I was rarely impressed with tattoos people got, one of the reasons being people would always get lots of words on them. I would see them and think, “I don’t want to read that. I don’t care enough.” People would ask my thoughts on the tattoo and I would like at its technical aspects but I wouldn’t read it, and I would what it would say. They would tell me, I would respond saying, “Right on.” If they are lyrics by some hack job of an artist, I especially wouldn’t care. That’s right, Lil’ Wayne, you suck, and you’re words are meaningless. Go read a book people.


Tribal:
The first question I have to ask is, “What tribe are you in?” One-hundred percent of the folks out there that I have encountered are not in a tribe of any kind. A gang is not a tribe, it’s a gang, and from what I’ve seen in America, the gangs don’t have tribal design representing them. Tribal stems from the Polynesian islands and each type of designs means something. They have definition, and their tattoos mean something to the rest of the tribe’s men and women. To quote one of my other blog posts,

“These designs stem from places like Hawaii, and many of the islands in Polynesia; hence the Polynesian style of tattooing that is popular from time to time. The western twists on these tattoos don’t really mean anything at all, nothing like the history of the Polynesians. The Polynesians didn’t have a form of writing so they used art. Their tattoos represented hierarchy, family lineage, sexuality, and overall rank within the tribe. Each symbol and image represented something else. As most western society habits go, we watered the ideas down. “

I solely blame the tribal fad on Ed Hardy. He released a few magazines in the 80’s and I believe that’s where the trend started. If I am wrong, someone please comment, and I will edit this. Anyways, people come in constantly come in wanting these huge tribal designs that cover the shoulder, the bicep, and they all have the desire to get it across the traps, down the back and around their ribs. They may not often actually follow through with this idea, but we hear it all the time, and no, we don’t like it. Unless you’re a tattooer that specializes in tribal, then they love hearing all about your desires.

Flowers with frillies:
The thing about this tattoo concept isn’t so much that it’s trendy or popular, it’s that everyone brings in the same printouts all the time. What’s wrong with bringing in a reference you ask? There’s no common sense amongst the clients that bring us these printouts or even the downloaded Google/Pinterest pics on their phones. We know what you’re talking about the second you describe the idea. We’ve done a billion times all over the world. I don’t understand how people don’t think that when they search these pictures they aren’t fully aware that thousands upon thousands of others have too. People just think their idea is a one of a kind thought even it’s obvious your printout proves otherwise. Stop it; please stop not thinking for yourself. Oh, and stop bringing the same two print outs. Do you think we’re dumb?

This is just a few examples; I’m sure I’ll update this as trends change and express why those things are bad too. These ideas are some don’ts, let me a share a big do in my book.

Traditional:
Traditional tattoos are the best designs that one can get. They are proven to stand the trials of time and will last forever. The tattooers that have been tattooing since the early to mid 1900’s have figured out what works, and what doesn’t when it comes to the longevity of the tattooing craft. I once saw an interview with Rick Walters and he was talking about how they used to big bold lines because that’s what looked good, but as the tattoos aged the lines got thicker and what made that tattoo cool was lost. Guys like Mr. Walters changed things up and started used thinner needle grouping to make sure the tattoos would age properly. Sure it didn’t have the “cool” thick outline, but after the tattoo sat for 20-30 years, it did. That’s why traditional is on a rise in popularity because all these tattoos that were done 20 years ago are finally getting to the “cool”, thick outline stage of their lives. 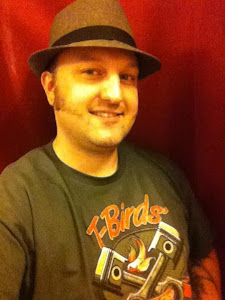